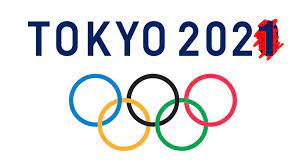 Towards Nigeria’s successful at the 2021 Tokyo Olympics, the Minister of Youth and Sports Development, Mr. Sunday Akin Dare, has appointed Mr. Rotimi Obajimi, as General Coordinator and Media Consultant as part of preparations for the National Trials towards the Tokyo 2021 Olympic Games.

The Minister who made the announcement of the appointments today in his office in Abuja, said

the appointments which takes immediate effect, were part of concerted efforts being made by the federal government to ensure the success of the forthcoming global game.

Mr. Mohammed Manga, in a statement made available to the media, said the minister announced Mr. Rotimi Obajimi who was a former technical director of the Athletics Federation of Nigeria and World Athletics Development Department Course Director for coaching. He was also the General Coordinator of Team Nigeria to the 2008 African Athletics Championship in Adis Ababa, Ethiopia and 2010 in Nairobi as well as the 2003 All Africa Games Performance Consultant.

According to him, the Minister further announced the appointment of Mr. Dare Esan who is a veteran Sports journalist with special interest in Athletics who has covered the Olympics, FIFA World Cup and eight editions of the World Athletics Championship, adding that at various times up to 2015, he was a member of the World Athletics Media Study Group.

Ahmad Lawan and Right of Opinion

Abuja Not Under Attack by Boko Haram, Says Police Commissioner