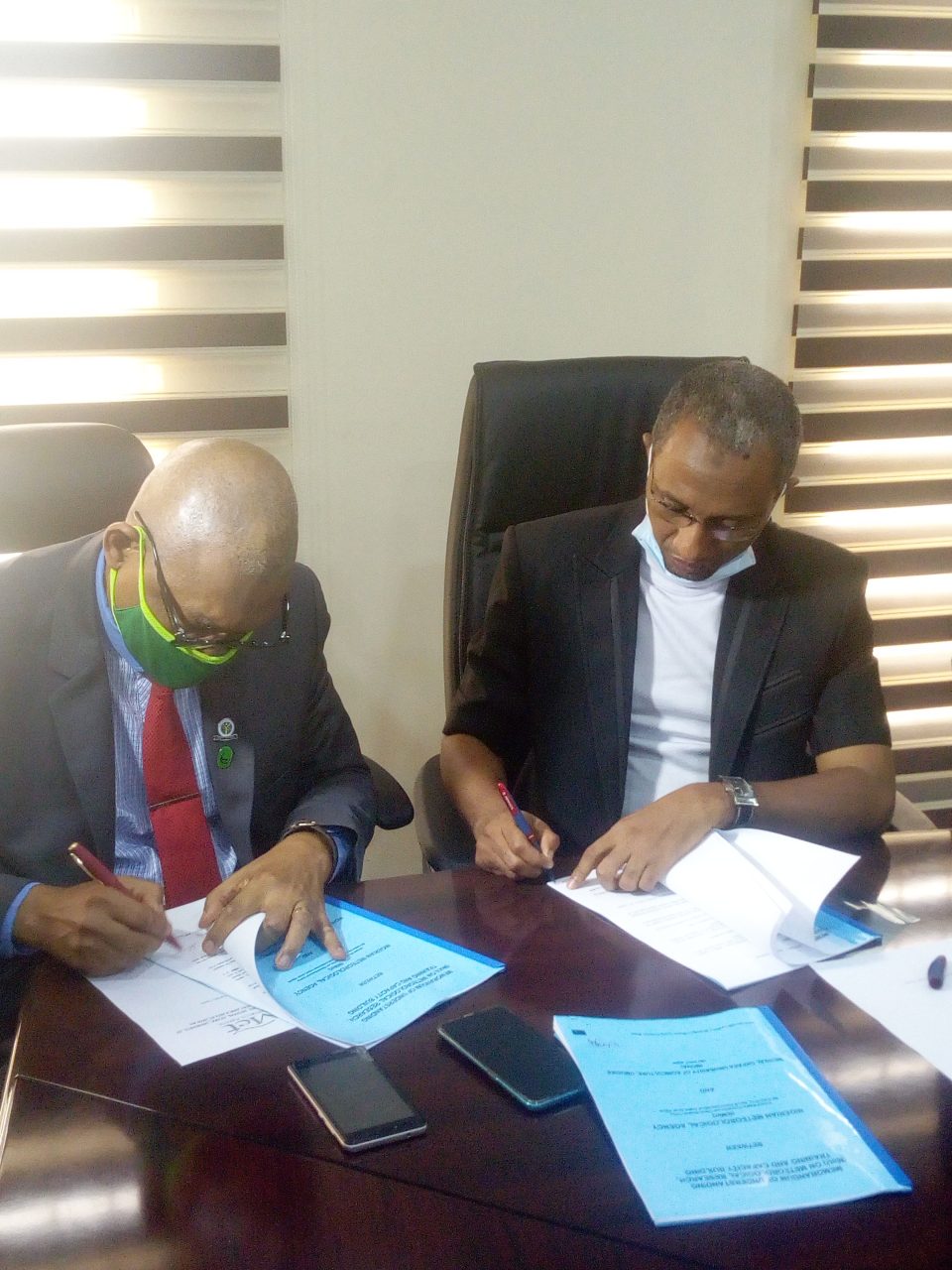 The Vice Chancellor, Michael Okpara University of Agriculture, Umudike, Abia State (MOUAU) and National President, Nigerian Institute of Food Science and Technology (NIFST), Prof. Iwe Maduebibisi Ofo, has attributed the hunger in the country to Nigeria’s over population and the clear lack of organization and management of the agricultural resources that is being produced from the farms.

Speaking at the sideline of the MoU his university signed with the Nigerian Meteorological Agency (NiMet) at the agency’s Headquarter in Abuja at the instance of the Director General Prof. Mansur Bako on the establishment of Weather Station in the University, he said Nigeria is not supposed to be in hunger if agriculture is well practiced and if food storage is properly taken good care of.

On the raging food insecurity and high cost of food prices, he said: “Actually Nigeria is not supposed to be crying of hunger if agriculture is well practiced and if food storage is taken good care of.

“I think that God has blessed us with resources from North to South, West and to the East we have resources. The lacuna is in organization and management of what we have.”

He however, admitted that there are silos in some parts of the country,  but wonders what this silo is contained from year to year, adding: ‘We have silos for grains, I don’t think we have barns for roots tubers.”

Asked on the inputs of Universities of agriculture, he said the role of the University in agriculture is at the micro level and not macro, stressing: “We play our role at the micro level and not at macro level. Our role is to condition the minds of the young ones and tell them that they have the potentials to contribute to food production, storage and preservation, but at times and in most times when they graduate, they lose the consciousness of what they were taught in class because they want to make money fast.

“And it is after harvest that you now have storage and then processing and preservation and in most cases we are not allowing these seasons to come naturally as they should we are so much in a hurry.”

On challenges of agriculture, he said however, that Nigeria is blessed from the North to South with fertile land and human resources, adding that the major problem is to organize ourselves to harness these resources and to release them at the appropriate time and that is why many people cry about glut.

Prof. Ofo, said: “During the harvest season you have a lot of things because agricultural produce they rotten and the problem is organization.”

Is Nigeria deploying science and technology to drive agriculture, he said: “We are because if you think backward to about 15 to 20 years ago, it is not the think of varieties of fruits and vegetables that we have now, we are having more insect resisting, nematode resisting and even drought resisting shrubs and plants here and there and that means that science is playing its role.

“We are having large scale production etc etc so science is playing its role. The only thing is organizing these things and making sure that they get to the people that need them at the appropriate time.

“For instance, we don’t have good roads in most cases when move from one end to the other the materials have spoilt on the way. Like I’m a Food Scientist and Technologist, we need more of preservation across the country more of processing centre whether primary or secondary processing and utmost more of packaging centres because you can just package these crops and vegetables and they can move for 6 months along the road but when you expose them without packaging them they get rotten and become useless.”

To avert hunger, he said the country should organize itself both at the farm level, gate level and at the table level.