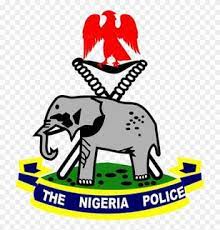 Following outcry from the public over the rising involvement of men of the Nigeria Police Force (NPF) in aiding and abetting kidnappers carry out their trade, the FCT Police Command on Monday dissociate itself from involving in such crime.

A trending article in some sections of the social media had accused the Police Operatives of aiding and abetting in ‘official kidnapping syndrome along Game Village axis, in the Federal Capital Territory (FCT).

ASP Yusuf Mariam, the Command’s PRO, in a statement said: “The Command wishes to categorically state that there was no record of such incident within the FCT as at 1000hrs of Monday 12th of July.”

However, she said the Command is soliciting for useful information from the ‘alleged victim of the official kidnapping’ for immediate action.

She said: “In view of the above, the Command enjoins residents to cooperate with the Police in good faith to combat crime rather than circulate mischievous and malicious messages capable of creating tension within the FCT.

Buhari to Decamped Governors: You ‘ll be Respected for Defecting to APC

Buhari to Iranian President: Our Nations will Work Towards Closer Cooperation

Shake-up in FRSC as DCMs, ACMs, Others to Resume New Responsibility Immediately