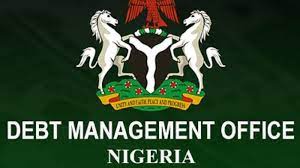 The Convener: Borrow Right Africa and Country Representative of Policy House International, Mr. Taiwo Akerele, has said Nigeria is not technically insolvent even as he urged that the country’s current debt profile is sustainable.

In a statement made available to the media, he debunked the views as held in some quarters that Nigeria is a heavily indebted nation.

Such view, Akerele, said is driven by ignorance of principles governing international lending and borrowing by countries from development finance institutions, adding that it is the belief of the NGO that most Nigerians are mixing the issues all together.

He added: “While we do not subscribe to reckless borrowing, we believe that the role of citizens under international citizens’ engagement principles is to get government to account for borrowed funds and impact targeting.

“For the avoidance and from available data from development finance institutions such as IMF and the world bank, most countries in west Africa have a debt to GDP ratio above 50% as at first quarter 2021,  however based on Nigeria debt profile which is estimated at a little above $80 billion (with external debt accounting for about $30 billion from DMO’s 1st quarter 2021 report, this is about 20% of GDP which appears to be very low at the moment when examined from the stand point of the globally accepted debt sustainability framework (DSF).”

According to him, one of the main challenges facing Nigeria is revenue mobilization and not debt overhang.

He said: “As a percentage of the size of the economy, our revenue mobilization capacity appears weak; the informal sector is operating at less than 25% in terms of input into the national revenue flows while there appears to be some leakage in institutional revenue flows. In actual terms and unfortunately, Nigeria tax to GDP ratio is actually one of the lowest in Africa standing at less than 10% from IMF reports, this can be improved upon with every sense of urgency.

“Based on the above, there is a strain on debt service which drains our limited revenue capacity (from available records Nigeria spends close to 70% of its revenue to service its national debts) “It is this strain on your debt service that appears to make your present profile seems unsustainable and creates an atmosphere of insolvency, which is far from it.”

He advocated that the managers of the country’s economy, need to progressively deploy economic management tools such as our fiscal policy (taxation and spending) and monetary policy such as inflation and quantitative easing measures (money in circulation) to redirect purchasing power, control inflation and strengthen taxation such that government is able to manage its debt profile while ensuring economic growth simultaneously, adding that this his is achievable.

Akerele, said: “The concerns of Nigerians should be on the performance of the debt incurred, make inputs into the application of funds processes, in addition to performance audit of previously incurred debts. But if it’s on the ratios of present debt incurred, Nigeria is still at the internationally accepted debt sustainability threshold.”

Ahmad Lawan and Right of Opinion

Extraordinaire News3 days ago4 days ago

Extraordinaire News5 days ago5 days ago