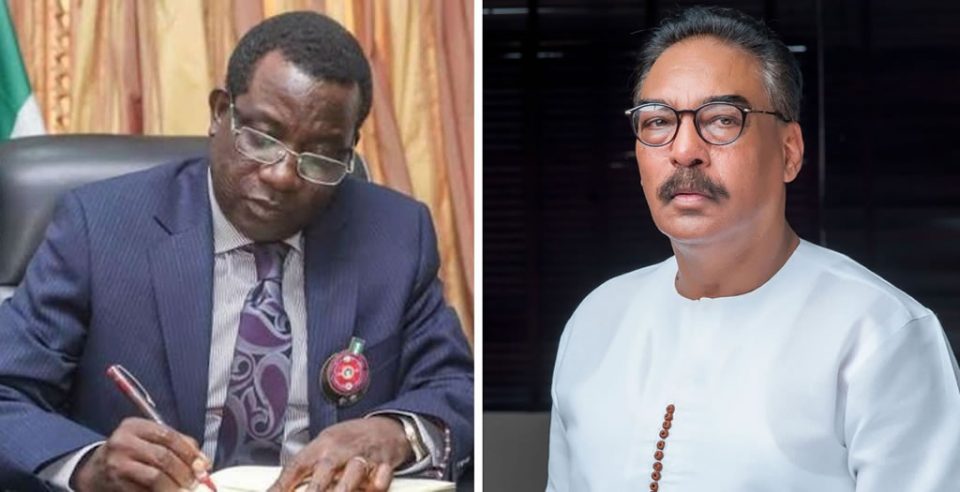 The momentum for the creation of over 3000 jobs through collaboration by Plateau State Government and CONTEC Global Limited is in top gear through the Memorandum of Understanding signed (MoU) by both bodies on the establishment of Cassava biofuel plant in the state.

At the signing ceremony during the weekend in Jos, the Capital of Plateau State, the State Governor, Mr. Simon Lalong, expressed appreciation and optimism that the partnership would open a new frontier in driving the state economy.

Represented by the Secretary to State Government, Prof. Danladi Atu, said the collaboration both the state and CONTEC to drive development was timely, adding that it has become expedient at the downturn of economies to look inward for sustainability and how to rapidly grow Plateau’s agrarian economy.

Lalong said: “Government cannot grow the economy alone, therefore partnership becomes pertinent: “We are happy for the confidence you have in us and as a government, we will keep faith with the terms of the MoU.”

He called on the citizens, industrialists and stakeholders to think outside the box and diversify pointing out that the time to rely on federal allocation was over.

He said the state is fortunate to be blessed by God with a lot of human and material waiting to be explored.

In a remark, the founder and Chairman of CONTEC Global, Dr. Benoy Berry, who was represented by Dr Sashi Mozumder, Project Director, CONTEC Global Limited said that the MoU was the first of its kind between a state government and the multinational group that is into energy provision, ICT, hospitality, organic agriculture and phone manufacturing.

The company according to Dr. Berry was collaborating with Plateau because the state was well known for the production of cassava, especially in its southern part.

We at CONTEC believe that this collaboration would boost industrialisation because of the activities involved in this integrated project, he explained.

Dr. Berry said: “It will not just produce cassava-based fuel, it will also produce some products such as animal feed, bio-fertilizer, bio-gas and it will facilitate recovery of Carbon dioxide (Co2) as dry ice.

“Apart from farmers, it would generate employment as youths would be involved in the processes of production, transportation and distribution.

“About 3000 people will be engaged directly and because of the multiplier effect, it will give a lot of opportunities to many other people indirectly.”

“The project has been envisioned with equity funding through commercial banks with time line of over 15 years with CONTEC Global giving 51% as a majority shareholder, while the state expected to pull the balance with the equity funding.

He said: “The ownership of the company will be based on the amount of money that will be contributed by a partner and the revenue will be shared as such,” he said.

The State Commissioner for Commerce and Industry, Mr Abe Aku, who signed the MoU on behalf of the state, said that the initiative was part of a strategic economic policy of the state government.

“We believe that this will take the youth off the streets and as stated earlier, more than 3000 youths will be engaged.

“The fundamental thing is that we are looking inward to generate revenue because of the global economic crisis that affected the price of oil.”